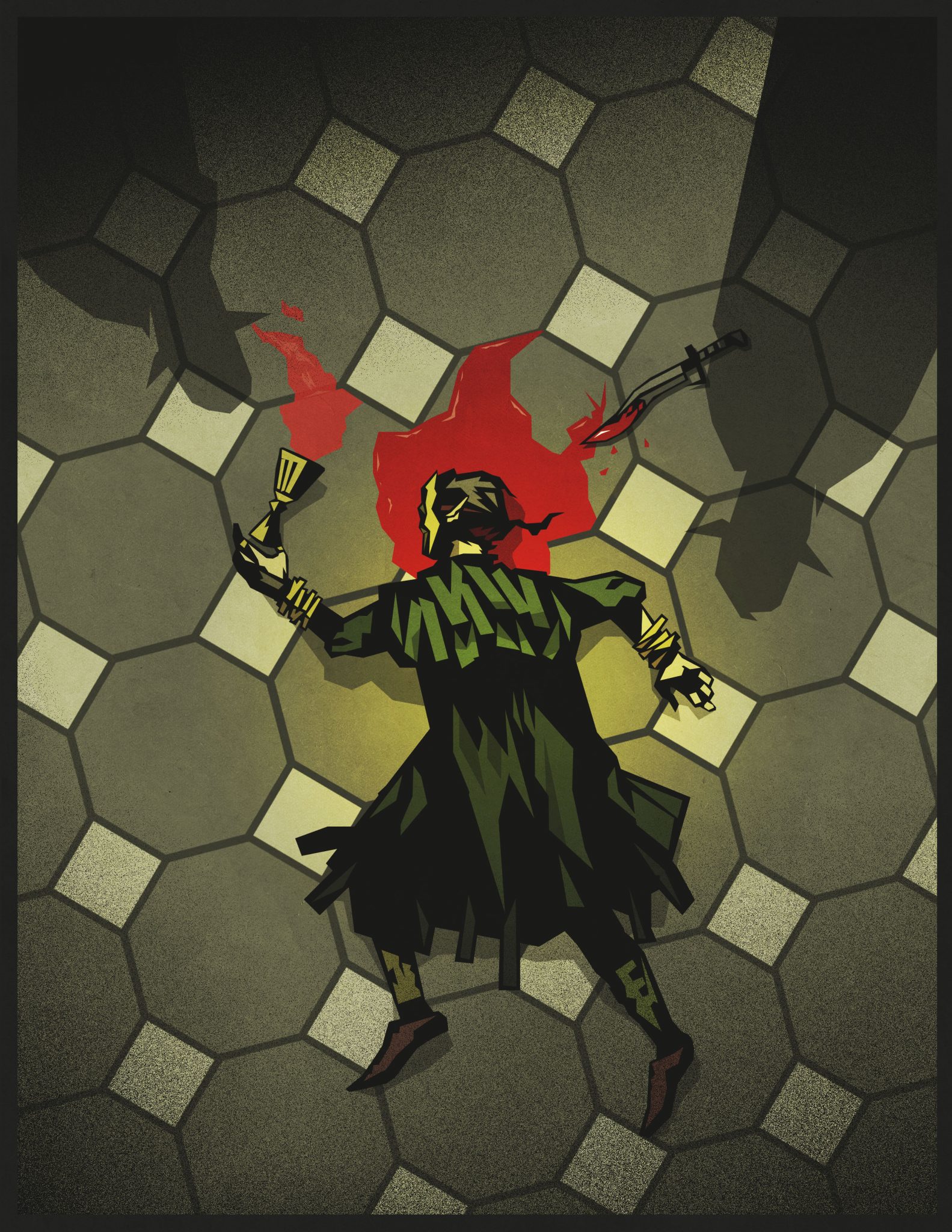 Since releasing Spire, one of the pieces of feedback that we’ve received is that some people are finding it tricky to judge when to allot advances to their players. Advances allow characters to grow in power in exchange for changing the city around them, but what sort of changes do they need to make? We’ll discuss that, and what went into the experience system, now.

Spire is a game about change, and we wanted to reward players who mess with things. (We also wanted GMs and players alike to not be scared of changing the “canonical” Spire; roleplaying games never survive contact with the players, and settings of roleplaying games doubly so.) So: when a player character makes a change in the city of Spire, they advance. They gain a low advance for a small change, a medium advance for a medium one, and high advance for a serious, lasting transformation on the city.

Crucially, though, the change doesn’t have to be for the better. (And: it rarely is.) We wanted to step away from moralising at players and judging change as “good” or bad” – we’re rewarding chaos, not justice. (Spire is not a game about good and evil, but ends and means.) Also, we wanted to give people a chance to advance regardless of whether or not their actions turn out for the best, because it would be pretty dissatisfying to lose out on getting cool powers just because the guy you choked to death at the opera turns out to have been secretly funding orphanages all through the city.

But: how much change equals an advance? That all depends on the scale and scope of the campaign.

Bonds come in three flavours in Spire – individual, street, and city – that reflect their size and influence, so we might as well use those flavours for illustrating change as well. An individual (low) change makes someone’s life different in a big way; a street-level (medium) change affects a group of anything up to a hundred people; and a city-level (high) change has wide-reaching implications for a lot of people – thousands, if not more.

But: these assume a default campaign, and by default campaign, we mean: a cell operating in secret throughout a handful of districts and attempting to overthrow or undermine aelfir interests within those districts. Success on a grand scale would see the city changed – rulers dethroned, buildings erected and destroyed, new festivals commemorated and possibly the odd giant statue thrown off the side of the city. There are other levels of resistance in Spire, such as:

A devoted cell of operatives play the long game and decide to take the Council back into drow hands through years of political maneuvering, assassinations, blackmail campaigns and several riots. (City-level.)

A hand-chosen team of ministers are tasked with taking full control of a single district – the Silver Quarter, say – and given resources to achieve their aims. (Street-level.)

A gang of Knights and a few layabout priests, new recruits to the Ministry, find themselves forced out of their tavern HQ by rival gangs of Knights. To carry on their mission of righteous justice, first they’ll have to save their pub, and the people who live around it. (Individual-level.)

In each of these, the scale differs, so the actions performed within shift in narrative impact. Let’s take the example of the following change: the players publically humiliate a local gang leader, dragging him beaten and bloody through the streets.

In the city-level campaign, this barely matters; the characters have bigger fish to fry, and they probably have bonds that can handle this sort of thing. It’d probably be a Low advance, if anything at all.

In the street-level campaign, this could represent a useful step in the right direction; it stamps their authority on the district and secures them some power. It’d be a Medium advance.

In the Individual-level campaign, this might represent the culmination of several games’ work: gathering info on the gang, ambushing the guy, getting a crowd together to watch him getting the tar beaten out of him, buying off his bodyguards, etc. This could be a High advance, and signal that the campaign is coming to a close – presumably after a fitting climax, where the gang leader comes back for revenge, or his aelfir bosses start asking difficult (and violent) questions.

In essence, levels of change are roughly equivalent to effort and impact. If a change took a lot of effort to enact – multiple game sessions, risky actions, expenditure of resources, suffering fallout – then the players have earned a bigger advance than they would if they’d just sent one of their bonds off to handle it during downtime.

In addition to bonds, advances are one of the ways that the GM can reward players for acting in ways that they like, and encouraging repeat performances. The scope of the change is secondary to the time spent and importance of the act to the group as a whole.

– Talk to your players at the start of the campaign and ask them what they reckon would constitute a Low, Medium and High advance; discuss it with them, and you can all try to get on the same page about what constitutes what.

– The scope of a campaign can change! Don’t feel stuck at one level, and trust your gut.

– Get your players to plan out their insurrection as a series of low and medium advances leading up to a high advance. Maybe get them to build a “murder board,” with pictures of important characters and buildings written down and connected with red lines. These can change as you play, but it basically amounts to having players do your campaign prep for you.

– Sometimes a bond can be as powerful, if not more powerful, than an advance – especially a bond in the right place. Don’t forget to reward players with new relationships and connections, especially as a means of mechanically codifying alliances with NPCs that arose naturally out of the fiction.

– Bribe your players! Tell them you’ll give them a Medium advance if they pull something off without a hitch, and a Low advance if something goes awry. (It’s all basically up to you anyway, you’re the GM, but it can be exciting to feel like something’s on the line.)

1 thought on “Advancement in Spire”