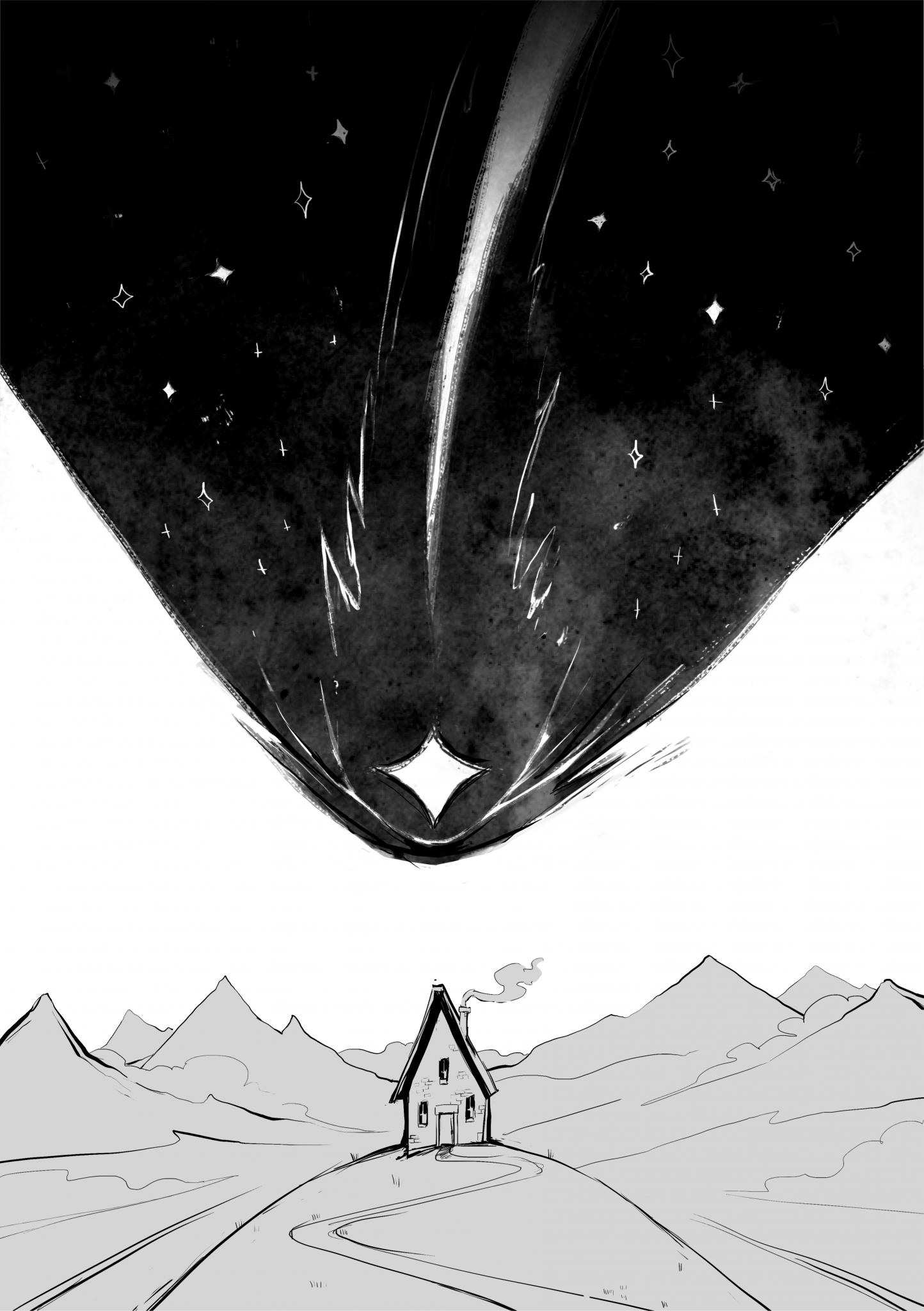 [All of these environmental terrors inflict X damage, where X is the number of hit points you happen to have at present. A successful save halves the damage, rounding up.]

1: URFROST FREEZES YOU SOLID. Urfrost is Cold, capital-C Cold – not just the absence of warmth but active, malicious cold that wants you dead. No protection – not even divine aid – is viable against the onslaught of Urfrost that roams the abandoned streets and blasted wastelands in clouds of glittering ice-crystals forming on the wind. It crawls in through keyholes, bleeds through the lining of the warmest coats, quenches fires and stops your breath in your throat.

2: NUCKLAVEE KICKS YOUR HOUSE APART. The Nucklavee – a giant half-horse, half-man immortal with eyes that shine like spotlights and the stink of disease on its ragged breath – is the harbinger of destruction and doom round these parts, but since the world started ending, it’s had its work cut out to keep up. You can build as many fences and light as many fires as you like to keep the wolves and the cold at bay, but when a monster the size of a warehouse wants to stomp your house to bits and kick you into the sea, there’s very little you can do about it.

3: EARTH OPENS UP, SWALLOWS YOU WHOLE. As the land is wracked and twisted under the weight of the rebirth of the First and Final God, the earth is rebelling against the unnatural cold – even soil and rock is withering and bending like wheat-stalks. Valleys have the habit of opening into yawning chasms, dropping anyone standing within them deep into the shadowed bowels of the earth. On one hand, it’s warmer down there, so that’s nice; on the other, it’s the domain of malevolent dwarves who are doing their best to go undetected by this new and vicious winter, so they’ll probably eat you and try to repair the hole before anyone notices you’ve gone.

4: FROST GIANT STEPS ON YOU. Frost Giants are big – too big, really, to make sense. They’re too large, too heavy to exist in this plane of reality and instead reside in some adjacent oversized domain of perpetual duels, impossible feasting, logistically-challenging sex and endless political manoeuvring. As the First and Final God makes even their reality an uninhabitable wasteland, they’ve gathered their horizon-walkers and are setting off to find a new, relatively lush place to live a couple of dimensions over. They’re bringing their massive oxen with them too, because they don’t want to carry all their massive treasure themselves. What this means for you is: on occasion a foot the size of a redwood tree or a cow the size of your average glacier will spontaneously manifest where you’re standing and crush you into a lumpy red paste, and there’s very little you can do about it. If it’s any consolation, the Frost Giants and/or oxen are far too big to notice you, so don’t take it personally.

5: STARFALL. The heavens have grown too cold, and the stars have become brittle and fragile as the sky freezes over. The slightest cosmological shift is enough to shatter a constellation and send it tumbling towards the earth – bright, scintillating, enthralling and utterly destructive. There are great gaps of void where stars once were, making navigation difficult if not impossible, but that’s the least of your worries – far more concerning is the way that large sections of the countryside are being lanced by high-velocity shards of star that explode on impact and bury glassy shrapnel sideways through tree trunks. You can use starfall shards as fuel for magic items, so some enterprising sorts are picking through the wreckage in search of large enough lumps to sell. [A shard the length of your forearm recharges D6 charges to a magic item, or if the item doesn’t use charges, it increases whatever it does by +1 for a scene.]

6: COLLATERAL DAMAGE FROM THE WAR IN HEAVEN. As the struggling deities of the new world strive to fight back the coming of the First and Final God, the luckless inhabitants of the mortal plane are caught in the crossfire. Three houses in Bostivol were destroyed last week when a 100ft glowing arrow, loosed from a brave and noble protector god’s bow, missed its mark and buried itself in the coastal town. The horned head of a wise sculptor god smashed into the north end of Dovescopp and took out a monastery, and now it’s just there and it’s starting to freak people out. (It’s still alive; it’s a god’s head, after all. You can talk to it.)

Previous: D20 Stages of the Apocalypse
Next: D12 Horrible Yule Lads Who are Here Now