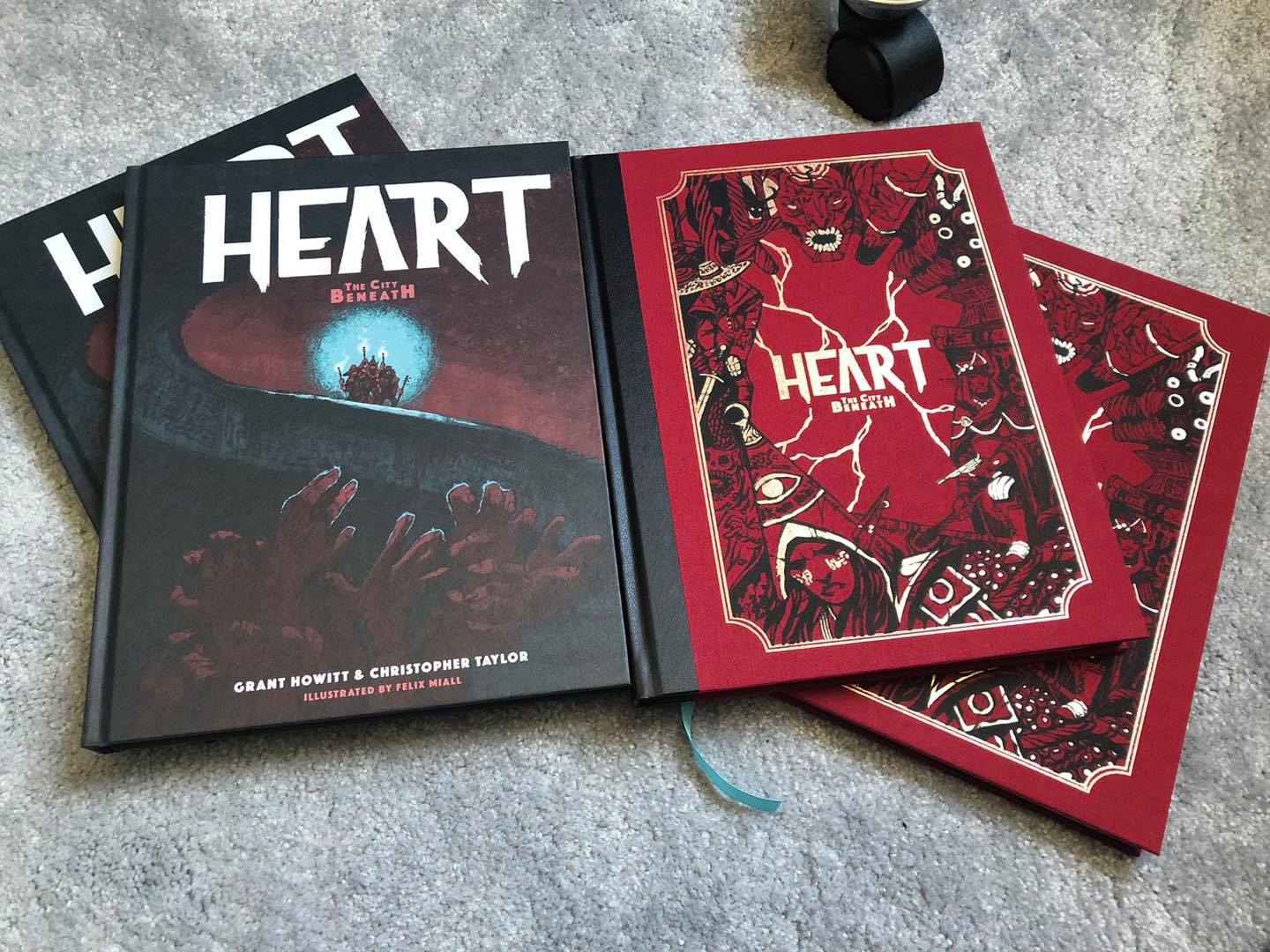 Yeah, that’s right! Heart: the City Beneath won seven ENnies! That’s loads. We already thought it was quite good but it’s lovely to have that confirmed by a board of judges and the voting public.

Which is nice, isn’t it? We worked really, really hard on Heart and it’s lovely to see our efforts be realised. If you’re just now learning about Heart, here’s the rundown:

In Spire, the city above, drow and aelfir fight a shadow war for control – but in the Heart, the city beneath, there is a rent in space and time that slumbers uneasy and spins red dreams around those who dare to enter. Gathering together into parties of delvers, those who descend in search of answers – or absolution, or peace, or transcendence – push deep into unreality and inevitably die strange and tragic deaths for their hubris.

They are torn to shreds by slavering beasts, driven mad by staggering revelations, or their bodies change irrevocably as the predatory dimension twists them into new and pleasing patterns. But – in that moment of destruction – perhaps they will find what they are looking, and their pilgrimage into oblivion will have been worth it.

Which is one side of the game. The other side of it is that Chris and I ran our brains hot for eighteen months and wrote down every over-the-top idea we had and mashed about half of them into a brilliant roleplaying game. In Heart: the City Beneath you can:

And many more! It’s a good book. And you don’t have to take our word for it any more. If you’d like to learn more about Heart – or pick up a copy – or get one of the four sourcebooks we wrote for it, one of which is about deposing the government using black ops teams of rebels deployed through a dimension-breaking underground transit network – then you can click here to visit our store.