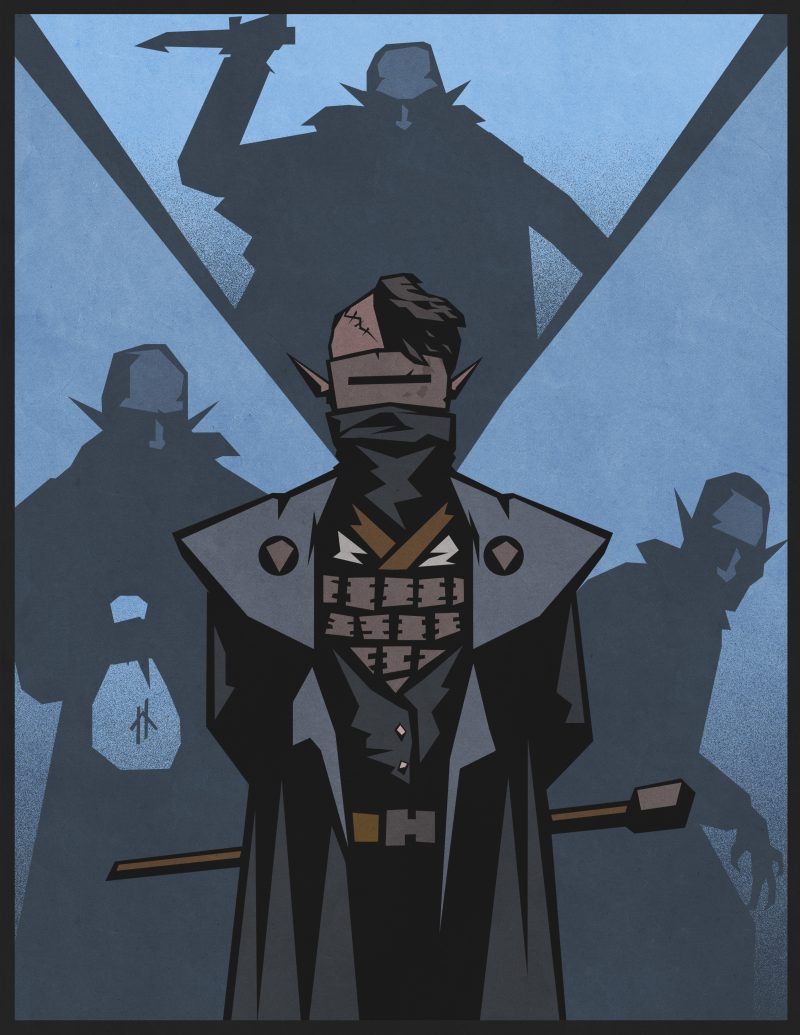 STRATA – Kickstarting in early October – will be the first hard-copy sourcebook for Spire, our game of fantasy-punk insurrection, and we’re really excited to tell you about what’s inside. Namely, a bunch of brilliant scenarios from nine different writers, and two new classes!

OUR WRITERS AND THEIR SCENARIOS

For the first time, we’ve brought in new writers – some seasoned RPG creators and some completely new voices – to play in the Spire universe..

We have five adventures, or campaign frames, included in the book at funding:

We also have five scenarios lined up as stretch goals:

All of our unlocked stretch goals will be included in every copy of the book – there’s no additional tier required to get them, and they won’t be released as PDFs only.

As well as plenty of extra advances – additional ability sets that any character can use – we’ve produced something special: two brand new classes to flesh out your Spire games and give you new ways to affect the city.

The first is the Inksmith:

“Ever since humans brought the printing press to Spire, the ability to control and channel the zeitgeist has never been easier; you know the occult power of pulp fiction, channel the magic of sensationalist journalism, and wear narratives like a cloak. You ride the razor’s edge between truth and fiction. As a writer, you’re not bad; as a magician, you’re top-notch.”

They’re pulp fiction con artists running a scam against reality, and they’re always in search of a good story. They have spells such as: A MAN WITH A GUN, that summons someone holding a gun into the room they’re currently standing in; STAR-CROSSED LOVERS, that makes two NPCs fall in love; and COMMON FEARS, which lets them access what a community’s scared of and use it against them in their writing – or otherwise.

The second is the Shadow Agent; they’ve devoted their lives utterly to Our Hidden Mistress, drow goddess of grace and revenge. As they grow in power, in addition to canticles and prayers to their patron, they gain the ability to own and maintain more and more covers – false identities that they can slip into and out of as they please.

At first, they’ll have a couple of tricks and a fake ID; at higher levels, they can animate their covers to act independently, summon choking shadows over the mouths of their enemies, or sacrifice their precious other selves on an altar to their goddess to gain her favour.

So far, we’ve written about 40,000 words of setting information, supplemental rules, weapons, abilities, bonds and weirdnesses that you can find in the richest and poorest parts of Spire; as ever, we don’t want to talk about what happened in the past, but instead about what might happen tomorrow. Spire is a changing, dangerous, exciting place, and we want to give you what you need to put your players right in the centre of it and let them try to take control.