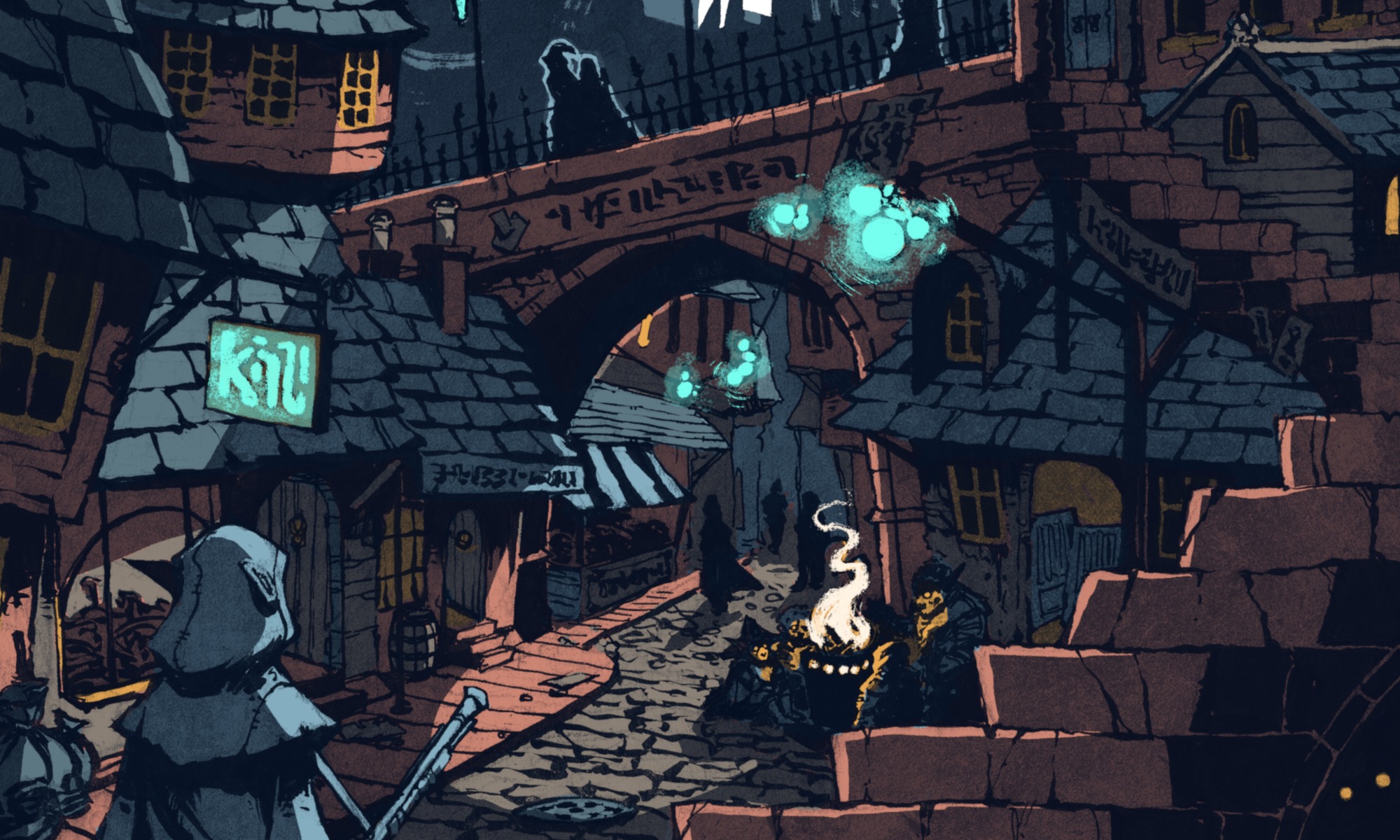 We’re going to do previews of each of the four Heart sourcebooks we’re writing to release alongside the core book. First up, SANCTUM:

SANCTUM was previously titled ABSOLUTION, but as we wrote it, we realised that ABSOLUTION didn’t make any sense as a title so we changed it.

(That’s one of the challenges with stretch goals, especially when you work as organically as we do: you end up having to tweak things after the fact.)

SANCTUM is divided into two parts. Firstly, there’s an in-depth guide to working with the players to build a haven – an island of relative calm in the gristly chaos of the Heart – for them to defend and support. The gameplay of the core Heart experience assumes that the player characters are going to be moving around a lot, so we wanted to split out the idea of haven-based play into a separate volume.

While Heart isn’t a political game – there aren’t really rules for it, and we only have a single social skill – we wanted to come up with a quick and easy way to create some tension within the haven to spur drama. Each haven has three faces – people who represent different philosophies in the landmark – called the caretaker, the rebel and the voice. These three people act as a way to communicate the difficulties and decisions that the haven must face without getting bogged down in relationship maps. because at the end of the day, Heart is a game about descending into a nightmare undercity in search of answers, not about brokering village council disputes.

As with all our work, we’ve tried to add rules by expanding on existing concepts rather than adding sub-systems. To that end, you’ll be able to find Haven-specific fallout, triggered as normal, that reflects the dangers of having people rely on you for support.

THE OPPOSITE OF PEOPLE

The second part of the book is devoted to our favourite type of adversary – the angel, agents and messengers of the Heart Itself, alien creatures whose arrival is heralded by a scraping, screeching song of rust and entropy. We’ve detailed four new types of angel for use in your games, and they’re described in appropriately mad prose by Gris Hannemann – a human travel writer, drug addict and inveterate liar. You can read the unfortunate tale of Mr Hannmann below:

The four new additions are more specialised than the standard angel: the Blossom angel is a twitching, muscled lump of chaos that can impart the Cursed domain into the landmark in which it occupies; The Cacophony angel is a bone-armoured battering ram that sings a nosebleed song with a dozen mouths; the Logos angel, a walking sense organ, gets less visible the more people are looking for it; and the Penumbra angel delivers sanity-blasting revelations to the worthy and curious.

Put both parts of the book together, and you get the ability to build unique, engaging settlements within the Heart – and then destroy them utterly with horrific creatures with inscrutable motivations. Which is fun, we think.

Pre-order SANCTUM, and other Heart products, through our Backerkit here.