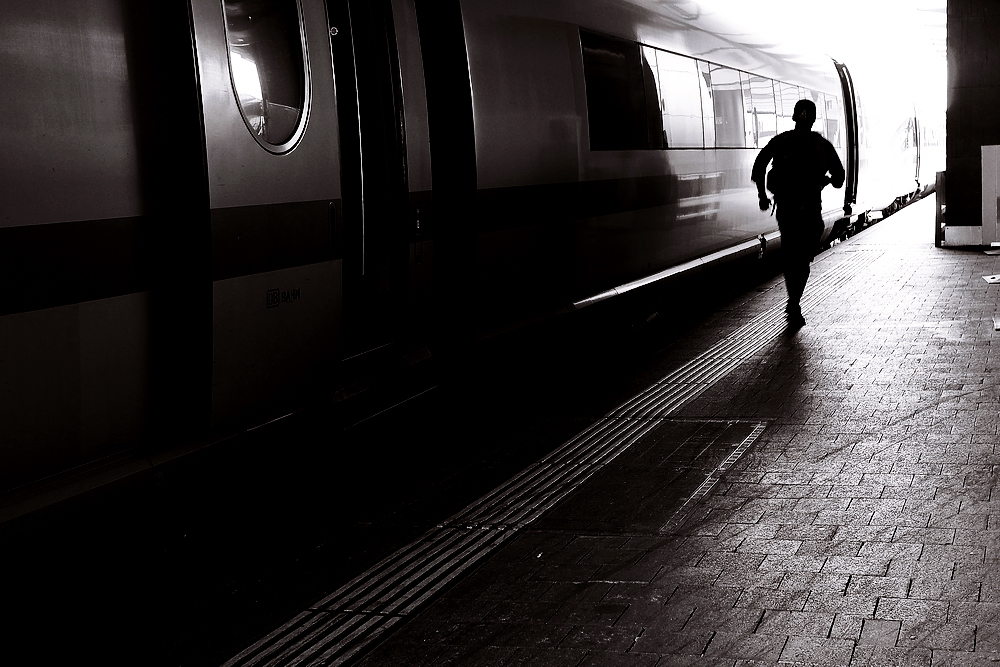 1 – They claim to be angels; they’re all platinum blonde, regardless of skin tone, and they move in a way that suggests they’re actually six-winged flaming chariot-people stuffed into unconvincing human suits. They’re trying to pre-rapture you. They say you’ve been really good, and He wants to speak to you right away.

2 – They say that they’re your parents, which is weird because both of your parents died when you were a kid. They need… organs. A kidney, to be precise. Your mum in particular seems really upset about the situation, but not enough to not strap you down to the kitchen table and whip out your innards.

3 – They wear grey suits and all have the same haircut and say they’re from the government – when they speak at all, which is rare. They want to take the chip out of your head (they put it there) so they can download the information you uploaded to it and “back you up” in case you die like the previous versions of you did. In a way, they’re your guardian angels; in another way, there’s thirteen X’s tattooed on your left wrist, but you can only see it out of the corner of your eye.

4 – They’re demons. Normal folk can’t tell, but you can see that they’re sporting angular metal horns and leaving smouldering footprints in front of themselves when they walk, which is disconcerting. Anyway, they’ve got an award for you – you’ve brought so much pain and sadness into the world that the devil wanted to personally thank you for making his job easier. You’re no saint, but you didn’t think you’d been this bad; what’s going on?

5 – They’re a fey hunting party, loaded up on dodgy whizz they found in the bathrooms near the fountain of youth, and they’ve stolen taxis, bikes, trucks and One Actual Horse to chase you down. They want you because you’re beautiful, and you’re inventive, and you look good when you run away. So: try and be boring, and ugly, in your escape.

6 – The Machines have determined that you are the most average, basic, generic human available, and they have decided to study your fascinatingly dull life in minute detail.

7 – Everyone is after you; you’re a prophesied actor in several conspiracies, but no-one’s quite sure what you’re going to do or when you’re going to do it. So: people are watching your every move, and going through your bins, and strangling each other in back alleys for looking at you the wrong way.

8 – They’re all terribly sick, or they’re working for terribly sick people. They say that you have sacred blood, and it can heal them (or they have a more scientifically-sound explanation) – and, weirdly enough, they’re right. Your blood heals the sick and brings the dead to life, but only when it’s outside of your body, which is a problem.

9 – They’re the agents of a witch. She’s seen what you can do (or sees potential in you), and sends her minions after you with messages and trials. A magpie drops a note in your soup saying that three of the people in this cafe are hellbeasts, and you have to kill at least one of them before it gets cold. A blind woman stumbles into you in the street and tells you to leave your window open tonight unless you want it broken. Underpass graffiti shifts and warps into a Bayeux Tapestry-style depiction of your life, including parts of it you haven’t lived yet.

10 – They’re freelance ghost hunters, and they say you’re a ghost, and they need to put you to rest. As far as you’re aware, you’re living a pretty normal life, so you’d rather not be “put to rest.” (Except: are you a ghost? How would you know? And what do they stand to earn by telling you, if you aren’t?)